For several months in 2019, it seemed wildfires wouldn’t rage across the West as they had in recent years. But then came the dry autumn and California’s Santa Ana and Diablo winds, which can drive the spread of wildfires. Utilities are shutting off power across the state to reduce the risk of damaged equipment or downed trees on wires causing fires.

There’s no lack of proposals for managing wildfires more effectively: California Gov. Gavin Newsom recently signed 22 wildfire-related bills in one day. But what’s missing are perspectives from indigenous communities across North America, who have lived with fire for thousands of years.

In our research on climate change and people’s reactions to it, we have worked with the Karuk Tribe in northwestern California and southern Oregon on their plan to manage their land under these evolving conditions. American Indian tribes across the West are working with an increased sense of urgency to manage fire-adapted landscapes in the face of climate change. The Karuk Tribe’s climate adaptation plan directs their efforts to do just that.

This work has convinced us that this is an exciting political moment to restore western forests and protect the public from dangerous wildfires — and that tribes are uniquely positioned to lead the way. 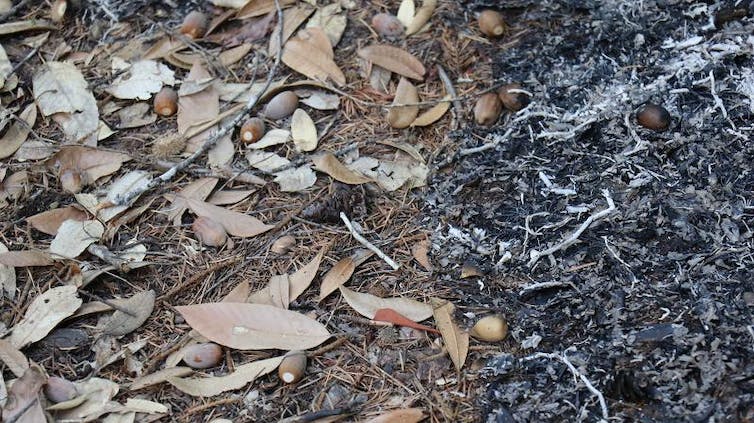 From colonization to fire suppression

News media coverage of wildfires commonly frames them as “natural disasters” — dangerous elements of the natural world over which humans have little control. The language of climate change, fear of fire and the sense that it has become inevitable can be overwhelming, leaving people with the view that little can be done to manage these events.

But in fact, people aren’t helpless. While fires can be dangerous, they are inevitable and necessary in many ecosystems, and humans have long adapted to them. Across North America, indigenous peoples have actively managed forest ecosystems through the use of fire.

Euro-American settlers were struck by the rich biodiversity of California’s forests, woodlands and prairies, but they didn’t understand that indigenous people’s use of fire was responsible for them. Instead, they sought to suppress fires wherever possible. The outright violence of the mission and gold rush periods toward indigenous peoples, followed by the U.S. Forest Service’s fire suppression policies, so thoroughly disrupted historic fire regimes that the effects are visible in tree ring data.

While many view climate change as the major driver of today’s mega-fires, one 2016 study demonstrates how Euro-American colonization caused the largest shifts in fire behaviors in California over the past 400 years. In other words, the genocide of indigenous peoples directly relates to today’s catastrophic burning.

The interplay between humans, fire, plants and animals

The Karuk people have developed complex systems of indigenous knowledge over at least the last 10,000 years through direct interaction with their environment. Indigenous sciences include traditional ecological knowledge of the interplay among humans, plants, animals and natural phenomena.

Indigenous peoples have long set low-intensity fires to manage eco-cultural resources and reduce the buildup of fuels — flammable trees, grasses and brush — that cause larger, hotter and more dangerous fires, like the ones that have burned across the West in recent years. Before fire suppression, forests in the West experienced a mix of low- to high-severity fires for millenia. Large, high-severity fires played an important ecological role, yet their spread was limited by low-severity fires set by indigenous peoples, much like the “prescribed burns” land management agencies use today.

Karuk use of fire has been central to the evolution of flora and fauna of the mid-Klamath region of Northern California. Sophisticated Karuk fire practices include using frequent, low-intensity fires to restore grasslands for elk and maintain tanoak and black oak acorns. Fires also maintain grasslands that provide quality basketry materials, and provide smoke that shades the Klamath River, cooling water temperatures and benefiting fish during the hot late summer months.

As Dr. Frank K. Lake, a Karuk descendant and U.S. Forest Service research ecologist, explains, “the Karuk Tribe, among others, sees fire as medicine, and as such views traditional burning as a human service for ecosystems.” Places where fire has been excluded, he said, “are sick, as are the people who live there, from a tribal perspective. Eventually, those places then get too much fire (i.e., catastrophic wildfire), like an overdose.”

Research in partnership with the Karuk Tribe demonstrates how fire suppression and the outlawing of Karuk fire management changes forests from food pantries to food deserts. We understand this exclusion of Karuk management practices as a form of colonial ecological violence.

“Without fire the landscape changes dramatically,” Ron Reed, a Karuk dip net fisherman, told us. “The traditional foods we need for a sustainable lifestyle become unavailable. The spiritual connection to the landscape is altered significantly.”

As federal forest researchers Jonathan W. Long and Frank K. Lake have found, colonization and the suppression of indigenous management caused incredible harm to Native peoples and created a social-ecological trap, in which the very practices that enhance ecosystems become more difficult to achieve within present legal and political constraints. The recommendations presented in the Karuk Climate Adaptation Plan understand that socio-ecological solutions are needed to address these traps.

The Karuk Climate Adaptation Plan calls for using indigenous burning methods as an adaptation for emergency conditions, such as cooling off streams that have become lethally hot for fish. It includes an entire chapter on using prescribed fire to protect critical electrical infrastructure, as an alternative to power shutoffs.

The plan centers around revitalizing Karuk management and fire science, including use of 23 Karuk cultural indicators across seven habitat management zones. Some of these species, such as salmon and black oak, are commonly referenced in nontribal climate plans. Others, such Pacific giant salamander, Indian potatoes and multiple honeybee species, have received far less attention.

“These species have stories to tell — lessons of how to get back to traditional management,” Bill Tripp, Deputy Director of Eco-Cultural Revitalization, Karuk Tribe, and Lead Coordinating Author of the climate plan, told us.

Much of the plan centers on specific strategies for returning fire to areas that have not burned due to fire suppression. It emphasizes the need for collaboration with the community and land management agencies, increasing public awareness, and policy advocacy to get Karuk traditional management and fire back onto the land.

We agree with Karuk Natural Resources Director Leaf Hillman’s statement that “We have to reestablish a positive relationship with fire. Fear of fire has gotten us to the place where we need to be afraid of fire today.”

Editor's Note: This article is republished from The Conversation under a Creative Commons license. Read the original article. Bill Tripp, Deputy Director of Eco-Cultural Revitalization at the Karuk Tribe, and a Karuk tribal member, contributed to this article.

This blog’s mission is to make the issues that rural America is grappling with part of national discourse. more